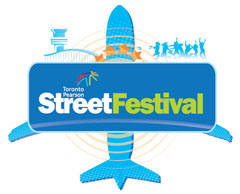 On Saturday, September 15, 2012 Toronto Pearson International Airport held their 2nd annual Street Festival. They invited all of their neighbours to come out on the airfield and get a behind-the-scenes look at what it takes to run Canada’s busiest airport.

We were treated to a host of events and information and got an opportunity to: 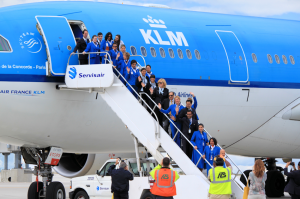 Toronto Pearson hosts 33 million guests and more than 400,000 flights a year from all over the world. This amazing day gave them a chance to show us how dynamic the airport truly is as they presented all parts of airport culture right on the airfield! It’s important to Toronto Pearson that we – their neighbours – are involved in their vision to become North America’s premier gateway.

Special thanks go out this year to Air Canada and Jazz for putting aircraft on static display for us.

For the second year in a row our gratitude goes out to KLM. Their Amsterdam/Toronto Airbus A330 landed during the Festival.  These wonderful folks unloaded their passengers at the terminal then brought the A330 over to the Festival where their entire crew and airport staff exited the aircraft and mingled with the crowd.  They set up a display and handed our information and memorabilia along with models of their aircraft before returning to the terminal to load and head back to Amsterdam. Thanks again Royal Dutch Airlines for treating us royally. 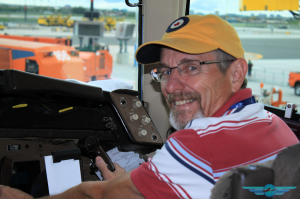 Once again the wonderful folks at FedEx/Morningstar put a Boeing 757 freighter in the middle of the display area.  We were allowed to visit the cargo bay and the cockpit, talk to the pilot about what it’s like to actually fly for a living (I think most of them would do it or free) and even get a chance to sit in the First Officer’s seat.  A very special treat.  Thanks FedEx/Morningstar, you people understand community relations.

If the happy faces and long lineups at the various attractions were any indication then Toronto Pearson managed to make the 2012 version of the Street Festival a roaring success.and a very difficult act to follow in 2013.

Please follow this link to see all of our photos from this fantastic event.

Please follow this link to if you would like to see the write up and photos from last year’s event.