Pearson, a city within a city

This year is the second that Toronto Pearson has been offering public tours of the airfield. I was lucky to sign up early as all tours through the end of October are now fully booked.

If you weren’t lucky enough to get a seat on one of the tours, and would still like to see Toronto Pearson behind the scenes, please keep an eye out for information about this year’s Street Festival, taking place on Saturday, September 14, 2013. 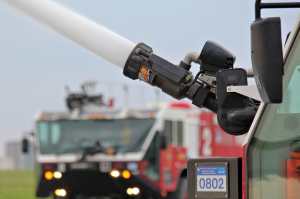 Last night’s tour provided a behind the scenes look and appreciation of the workings of Canada’s busiest airport.  After being carefully screened, we entered the airport through the east Fire Station and were briefed on all aspects of the station’s daily activity.  The vast majority of their calls are for personal medical emergencies as opposed to aircraft problems.

We had a close up look at the maintenance facility and at the large snow removal equipment.  As informative as these presentations were, most eyes crept skyward looking for a chance to photograph an incoming or departing aircraft. 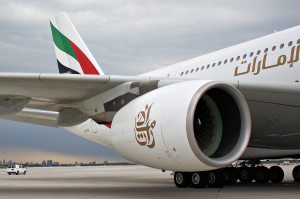 We toured the aprons and gates of Terminal 1 and 3 with 20 or more cameras snapping constantly, stopping briefly to get up close and personal with an Emirates Airbus A380, the largest passenger plane in the world.

We enjoyed a presentation on baggage handling and the remote possibility of your bags actually being lost, as opposed to ending up in Tokyo when you are going to Frankfurt. 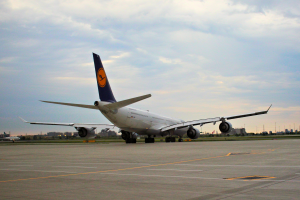 A very enjoyable two hours flew by and we would like to thank Russ Cruickshank a 25 year veteran of Pearson and the community Programs Officer as well as the other very knowledgeable Pearson staff members accompanying us.