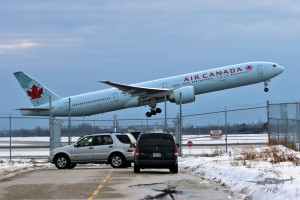 MONTREAL, Jan. 15, 2014 /CNW Telbec/ – Air Canada has been named the Best Long Haul Airline (Americas) for 2014 by the respected airline safety and product reviewing website, AirlineRatings.com. The results are based on ratings of 450 airlines globally by hundreds of thousands of passengers.

“Air Canada is very pleased to be recognized as the Best Long Haul Airline in the Americas by AirlineRatings.com based on the feedback of global travelers. This award affirms the success of our strategy to transform Air Canada into an international powerhouse and that customers appreciate the significant investment we have made to provide industry-leading products and services both on-board our aircraft and in the airports from which we operate. We will soon take another major step forward with the delivery this spring of the first of 37 Boeing 787 Dreamliners into our fleet, featuring an enhanced version of our International Business Class lie-flat seats, a Premium Economy cabin, as well as other amenities such a state-of-the-art in-flight entertainment system available free at every seat,” said Ben Smith, Executive Vice President and Chief Commercial Officer at Air Canada.

“Essential to our international success is our membership in the Star Alliance, the world’s largest airline alliance, which allows us to offer convenient connections and other benefits to travelers to more than 1,300 airports in 195 countries worldwide. For this reason, we are also pleased AirlineRatings.com named our Star Alliance partners Air New Zealand the Airline of the Year, Singapore Airlines the Best Long Haul Airline (Asia/Pacific) and Swiss as Best Long Haul Airline (Europe).  We congratulate our fellow Star Alliance members and we will continue to work closely with them delivering standard-setting products and services.”

Air Canada has received a number of industry awards recognizing its industry-leading products and services, including being named the only Four Star network carrier in North America by the rating agency SkyTrax and also Best Airline in North America in the 2013 SkyTrax World Airline Awards. Other recent awards include: